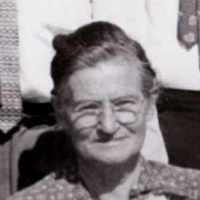 The Life of Lonnie Mae

Put your face in a costume from Lonnie Mae's homelands.

A landmark decision of the U.S. Supreme Court upholding the constitutionality of racial segregation laws for public facilities if the segregated facilities were equal in quality. It's widely regarded as one of the worst decisions in U.S. Supreme Court history.
1906 · The Atlanta Race Riot

The Atlanta Race Riot of 1906 occurred on the evening of September 22 through September 24. A newspaper reported the rapes of four white women by African American men. Fueled by pre-existing racial tensions, these reports enraged white men who then arranged gangs to attack African American men. Over the next few days, several thousand white men joined in and in the end, 26 people were killed and many were injured.
1918 · Attempting to Stop the War