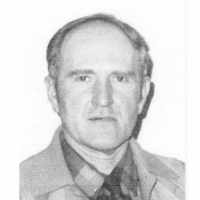 The Life of Drue Gibbons

Put your face in a costume from Drue Gibbons's homelands.

The Ellen Eccles Theater was originally known as the Capitol Theater and was home to different vaudevilles and operas. The Theater later became solely used for community events and movies. In 1988, popular outcry from the public led to the city of Logan purchasing the theater and a not-for-profit organization was formed to renovate and operate it. Fire destroyed much of the theater's annex in 1990 during a restoration attempt by the city. However, the Theater reopened to a gala performance on January 8, 1993. It is used today for performances of the Utah Festival Opera Company along with the Cache Valley Civic Ballet, Music Theater West, Valley Dance Ensemble, Cache Theater Company, and several Utah State University performing groups.
1937 · The Neutrality Act