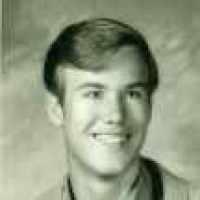 The Life of Frank Benson

Put your face in a costume from Frank Benson's homelands.

Before the Twenty-second Amendment, the Presidency didn’t have a set number limit on how many times they could be elected or re-elected to the office of President of the United States. The Amendment sets that limit to two times, consecutively or not, and sets additional conditions for presidents who succeed to the unexpired terms of their predecessors.
1959 · The Space Dynamics Laboratory

Space Dynamics Laboratory is owned by Utah State University and is a nonprofit research corporation that has been responsible for the design, fabrication, and operation of sensors on over 400 aircraft, rocket-borne experiments, space shuttle experiments, and satellite-based systems. The Laboratory employs over 450 scientists, engineers, and professional staff at their facility in Logan, Albuquerque, New Mexico, Bedford, Massachusetts, and Washington, D.C.
1962 · The Cuban Missile Crisis