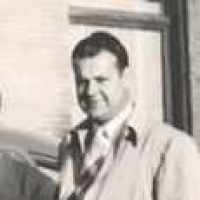 The Life of Kenneth M

Put your face in a costume from Kenneth M's homelands.

To end World War I, President Wilson created a list of principles to be used as negotiations for peace among the nations. Known as The Fourteen Points, the principles were outlined in a speech on war aimed toward the idea of peace but most of the Allied forces were skeptical of this Wilsonian idealism.
1919 · Seattle General Strike

The Seattle general strike was a five day strike in 1919, where around 65,000 workers began striking for higher wages. This happened two years after WWI  wage controls.
1935 · The FBI is Established