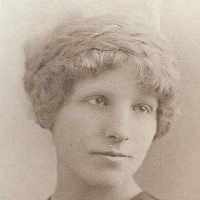 The Life of Pearl Emma

Put your face in a costume from Pearl Emma's homelands.

Sophia Christensen was born 17 December 1862 at Hyrum, Utah. Her father was Neals Christensen, he was born 11 December 1816 at Stoebrent Randerson, Denmark and her mother was Dorthea Christina Johans …