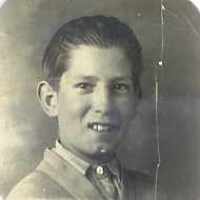 The Life of John Conrad

Jeannette Pickering Rankin became the first woman to hold a federal office position in the House of Representatives, and remains the only woman elected to Congress by Montana.
1929

English: patronymic from the personal name Classe, a short form of Nicholas. The name may have been imported to England in the Middle Ages by Flemish weavers. As an American surname it has probably absorbed some cases of Dutch Claassen and its variants.

Eli Archer Clayson and Mary Louisa Naegle were products of plural marriages. From what their grand-daughter, Gaylene Clayson Vincent, shared, Eli and Mary were in the leather business when they live …