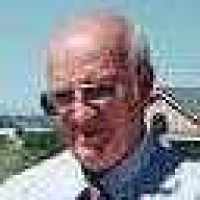 The Life of Lewis J

Put your face in a costume from Lewis J's homelands.

1 English (of Norman origin) and North German: from a Germanic personal name composed of the elements war(in) ‘guard’ + heri, hari ‘army’. The name was introduced into England by the Normans in the form Warnier.2 English (of Norman origin): reduced form of Warrener ( see Warren 2).3 Irish (Cork): Anglicization of Gaelic Ó Murnáin ( see Murnane ), found in medieval records as Iwarrynane, from a genitive or plural form of the name, in which m is lenited.

A Wonderful Aunt and Uncle

A letter and story written to Royal Brooks regarding the influence of his sister, Vivian Brooks, and his brother, Loren Brooks, in their lives: " I too miss your sisters, especially Aunt Viv. She an …