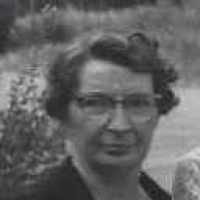 The Life of May

Put your face in a costume from May's homelands.

Like the Boy Scouts of America, The Girl Scouts is a youth organization for girls in the United States. Its purpose is to prepare girls to empower themselves and by acquiring practical skills.
1932 · Zoo Idaho

Zoo Idaho opened its doors at a local trailer park with just two animals on display. A few years later, C. Ben Ross appropriated funds for the purchase of land to create a park and a zoo. Today the zoo is home to 89 animals, all of which are native to the Intermountain West.
1934 · Idaho Museum of Natural History

The Idaho Museum of Natural History was founded by a group of professors and researchers who wanted to display the regions natural and cultural heritage. The Museum started with a collection consisted of 5,000 objects that were primarily anthropological, archaeological, and historical artifacts that were donated. In 1977, the museum shifted its focus toward natural history, and the majority of the new collections were transferred from the Idaho State University Department of Biological Sciences to the museum. In 1986, the Idaho State Legislature confirmed the IMNH as Idaho’s official state museum of natural history.