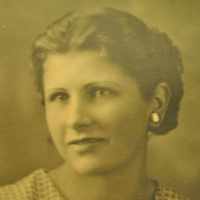 The Life of Melba Lorraine

Put your face in a costume from Melba Lorraine's homelands.

To end World War I, President Wilson created a list of principles to be used as negotiations for peace among the nations. Known as The Fourteen Points, the principles were outlined in a speech on war aimed toward the idea of peace but most of the Allied forces were skeptical of this Wilsonian idealism.
1919 · Mesa Arizona Latter-day Saint Temple Announced

The Mesa Arizona Latter-day Saint Temple was announced on October 3, 1919. Don Carlos Young and Ramm Hansen were chosen to design the temple. The Mesa, Arizona temple was the first temple to be built in Arizona.
1937 · The Neutrality Act