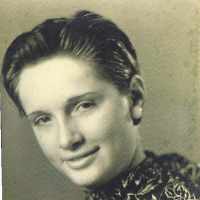 The Life of Carrol Faye

Put your face in a costume from Carrol Faye's homelands.

U.S. intervenes in World War I, rejects membership of League of Nations.
1927 · Kansas Adopts a Flag

The flag of the State of Kansas was adopted on September 24, 1927. The flag was designed by Hazel Avery in 1925.
1938 · Electrification of Rural Kansas

Power was supplied to rural Kansas, which had been hit hard by the depression, in March 1938. Many farmers could not afford the $5 hookups for electricity. As a result, Franklin D. Roosevelt signed the Rural Electrification Act which provided loans to farmers who wanted electricity. Brown County became the first to receive service.