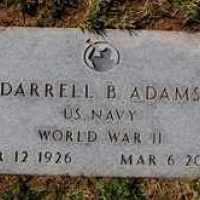 The Life of Darrell Brinkerhoff

Put your face in a costume from Darrell Brinkerhoff's homelands.

Growth of the area following the Great Depression required the work and planning of government and contractors to expand the city and construct roads and freeways. In 1944, the city of Springville had more contractors listed than any other city of its size in the nation.
1947 · The Presidential Succession Act