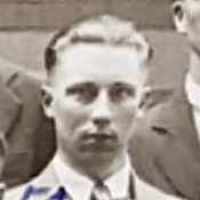 The Life Summary of Leonard Leigh

Put your face in a costume from Leonard Leigh's homelands.

GLADYS CAROLINA HARKER, daughter of Amos and Hazle Lawson Harker, was born at Jameston, March 22, 1911. Her edu¬cation was received at Jameston and Shelley. Early training taught Gladys to be an immac …