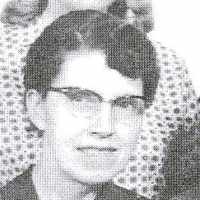 The Life Summary of Marian Zina

Put your face in a costume from Marian Zina's homelands.

As told by his sister Emeline and half-brother Andrew On January 31, 1877 a son was born to Johanna Faldt and Pehr Akasson Agren in Harrisville, Utah. He was one of those spirits who chose the Savi …