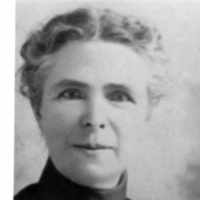 When Mary Ann Williams was born on 25 December 1851, in Ebbw Vale, Monmouthshire, Wales, United Kingdom, her father, John Jenkins Williams, was 24 and her mother, Rebecca Evans, was 22. She married Robert Urquhart Leatham on 11 October 1868, in Salt Lake City, Salt Lake, Utah, United States. They were the parents of at least 5 sons and 4 daughters. She died on 25 August 1935, in Ogden, Weber, Utah, United States, at the age of 83, and was buried in Wellsville, Cache, Utah, United States.

An Autobiography written by Mary Ann Williams Leatham a few years before her death, while she lived in Ogden, Utah. I was born at Abardale Com. Morgan-shire, Wailes, December 25, 1851, daughter of Re …