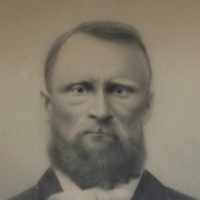 Hans Brotherson Sr. was my great grandfather. I didn't know him but wished I could have.