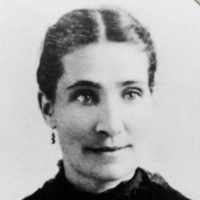 The Life Summary of Annie Dorothy

Put your face in a costume from Annie Dorothy's homelands.

I was born July 11, 1900, in the old Benson home in Grantsville, Tooele County, Utah. My father's name was Charles John Stromberg. He was married to Anna Dorotea Erickson in the old Endowment Home in …