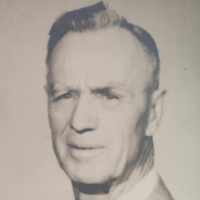 The Life of Acil Smart

Put your face in a costume from Acil Smart's homelands.

Statue of Liberty is dedicated.
1900

English (mainly central and southeastern England): patronymic from a personal name ( see Hawk 1), or a variant of Hawk 2.

Acil Wrote this about His Father Joshua Hawkes

Acil Wrote this about His Father Joshua Hawkes He was an honorable man and an ideal father. He was always ready to lead his family and set the proper example and always gave correct and proper a …