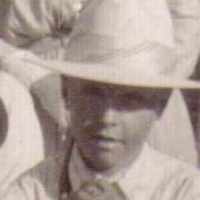 The Life of Wilmer Ray

Put your face in a costume from Wilmer Ray's homelands.

My Memory of Uncle Ray ~

My Uncle Ray and Aunt Nada bought the house right next door to my Grandma and Grandpa (Ida & Leonard) in Cardston just south of the Temple. I would often leave school for lunch and walk to Grandma's h …