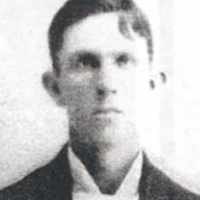 The Life of Thomas Baty

Put your face in a costume from Thomas Baty's homelands.

English and French: variant of Bernard .

Memories of Aunts and Uncles by Logan W. Barnard as told to daughter, Valerie

Aunt Vera Tyler Shipp, Nanny's sister, was the third child. We would stop during the wintertime. They lived at the old Barnard homestead for many years (built by Tom and Millie?) until they moved int …