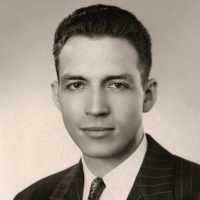 The Life of Edward Eynon

Put your face in a costume from Edward Eynon's homelands.

The Eighteenth Amendment established a prohibition on all intoxicating liquors in the United States. As a result of the Amendment, the Prohibition made way for bootlegging and speakeasies becoming popular in many areas. The Eighteenth Amendment was then repealed by the Twenty-first Amendment. Making it the first and only amendment that has been repealed.
1919 · Mesa Arizona Latter-day Saint Temple Announced

The Mesa Arizona Latter-day Saint Temple was announced on October 3, 1919. Don Carlos Young and Ramm Hansen were chosen to design the temple. The Mesa, Arizona temple was the first temple to be built in Arizona.
1941

English: regional name for someone from Burgundy (Old French Bourgogne), a region of eastern France having Dijon as its center. The area was invaded by the Burgundii, a Germanic tribe from whom it takes its name, in about ad 480 . The duchy of Burgundy, created in 877 by Charles II , King of the West Franks, was extremely powerful in the later Middle Ages, especially under Philip the Bold ( 1342–1404 , duke from 1363 ).

The Best Uncle In The World

Uncle David and Aunt Allie invited Edward, Robert, David, and Roger, over the years, to live with them in their home while these nephews attended USAC in Logan, Utah. Uncle David would always offer th …