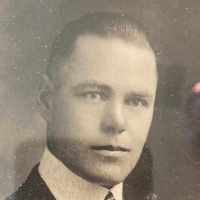 The Life of Earl Rockwood

Put your face in a costume from Earl Rockwood's homelands.

A landmark decision of the U.S. Supreme Court upholding the constitutionality of racial segregation laws for public facilities if the segregated facilities were equal in quality. It's widely regarded as one of the worst decisions in U.S. Supreme Court history.
1900 · Idaho Falls incorporates

After the name change to attract farmers, the newly named city of Idaho Falls is recognized by the Federal government.
1919 · The Eighteenth Amendment

1 Northern English, Scottish, and northern Irish: patronymic from the Middle English personal name Nik(k)e, a short form of Nicholas .2 French: variant of a contracted form of Nickesson, a pet form of Nick, from Nicolas .