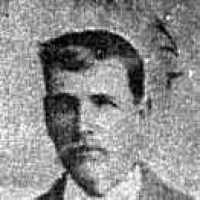 The Life of Elihu

Put your face in a costume from Elihu's homelands.

The Battle of Gettysburg involved the largest number of casualties of the entire Civil war and is often described as the war's turning point. Between 46,000 and 51,000 soldiers lost their lives during the three-day Battle. To honor the fallen soldiers, President Abraham Lincoln read his historic Gettysburg Address and helped those listening by redefining the purpose of the war.
1867 · Sorry Mr. President, You can't do that.

Elihu Hiatt Jr.was born 4 December 1855 in Millcreek, Salt Lake, Utah Territory to Elihu H. and Rebecca Courter Hiatt. His father was born in 1818 in Wilmington, Clinton, Ohio to Reuben and …