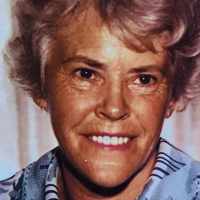 The Life of Kirsten

When Kirsten Skou Petersen was born on 15 July 1918, in Varde, Ribe, Denmark, her father, Peter Skou Petersen, was 33 and her mother, Mette Marie Agnes Martha Madsen, was 34. She married Terje Schiller on 5 December 1943. They were the parents of at least 1 daughter. She lived in Kolding, Brejning, Ringkøbing, Denmark in 1930. She died on 2 July 2011, in Turlock, Stanislaus, California, United States, at the age of 92.

Polish, Czech, and Jewish (Ashkenazic): nickname from Slavic skop ‘wether’, ‘castrated ram’. The Polish word has other meanings, denoting for example a pail and a kind of tax; the surname could also have originated with one of these senses, i.e. as an occupational name either for a maker of pails or for a tax collector.