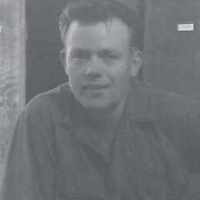 The Life of Dee Luke

Put your face in a costume from Dee Luke's homelands.

English: habitational name, possibly from Ramsdell in Hampshire, but more likely from Ramsdale, a place in North Yorkshire, named from Old English hramsa ‘wild garlic’ (or possibly the genitive case of the byname Ram(m) ‘ram’) + dæl ‘valley’, or from Ramsdale Farm in Arnold, Nottinghamshire. Compare Ransdell .

I remember my great grandpa Dee Ramsdell. First, I remember going to his house every Monday and help clean. Well, I didn't really clean, rather I played outside while my mom cleaned. He built a swing …