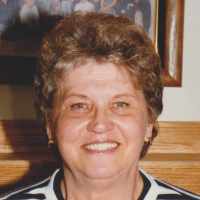 The Neutrality Acts were passed in response to the growing conflicts in Europe and Asia during the time leading up to World War II. The primary purpose was so the US wouldn't engage in any more foreign conflicts. Most of the Acts were repealed in 1941 when the Japanese attacked Pearl Harbor.
1938 · Murray Theater Opens

Murray Theater opened on October 28, 1938, and was built by Tony Duvall. The opening shows were Alexander's Ragtime Band and Hawaiian Holiday. The white front of the theater was lit by fluorescent lighting with a red vertical sign. The theater also screened blockbuster Hollywood movies such as Gone with the Wind and The Wizard of Oz.
1956 · The Federal Aid Highway Act

English: from Middle English schepherde ‘shepherd’ (composed of words meaning ‘sheep’ + ‘herdsman’ or ‘guardian’), hence an occupational name for a shepherd. This English form of the name has absorbed cognates and equivalents from several other languages (for forms, see Hanks and Hodges 1988 ).