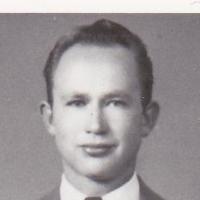 The Life of Jesse Ray

Put your face in a costume from Jesse Ray's homelands.

Opened in 1921, Madison Library District has been a community staple. Madison Library has been known to receive over 35,000 patrons per year, which is impressive considering the size of the community.
1923 · The President Dies of a Heart Attack

Warrant G. Harding died of a heart attack in the Palace hotel in San Francisco.
1935 · The FBI is Established

German: variant of Nieder , from the inflected (masculine) form.