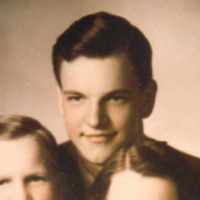 The Life of Wilbur Leon

Put your face in a costume from Wilbur Leon's homelands.

Similar to the first World War, Florida's location and temperature served as an ideal location for military training; in fact, Florida would end up having 172 military installations. As a result of World War II growth, Camp Blanding became the fourth largest city in Florida, capable of housing over 55,000 soldiers. Many Floridians sacrificed their lives among other Americans to win the war; it's estimated that about 3,000 U.S. deaths were from Floridian troops.
1953 · The Better Community Council is Organized to Fight Discrimination

1 English and Scottish: topographic name for someone who lived in the woods ( see Wood ).2 Irish: English name adopted as a translation of Ó Cuill ‘descendant of Coll’ ( see Quill ), or in Ulster of Mac Con Coille ‘son of Cú Choille’, a personal name meaning ‘hound of the wood’, which has also been mistranslated Cox , as if formed with coileach ‘cock’, ‘rooster’.