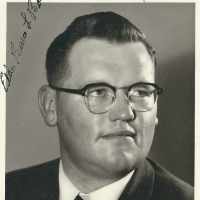 The Life of Bruce Leron

Put your face in a costume from Bruce Leron's homelands.

A Brief History of Bruce Leron Barrett - from the Barrett Book

A HISTORY OF BRUCE LERON BARRETT Bruce Leron Barrett was born May 8, 1934 at Malta, Idaho. He attended elementary school at Malta and graduated from Raft River High School in 1953. While in high scho …