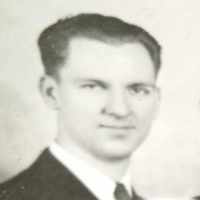 The Life of Hugh Kohler

Put your face in a costume from Hugh Kohler's homelands.

To end World War I, President Wilson created a list of principles to be used as negotiations for peace among the nations. Known as The Fourteen Points, the principles were outlined in a speech on war aimed toward the idea of peace but most of the Allied forces were skeptical of this Wilsonian idealism.
1918 · First Paved Street in Bountiful

Bountiful's Main Street was the first road in Bountiful to be paved with asphalt and cement. With this improvement to the roads, more citizens began to buy vehicles.
1938 · The DI is Opened To The Public

1 Irish: Anglicized form of Gaelic Ó Colmáin ‘descendant of Colmán’. This was the name of an Irish missionary to Europe, generally known as St. Columban ( c.540–615 ), who founded the monastery of Bobbio in northern Italy in 614 . With his companion St. Gall, he enjoyed a considerable cult throughout central Europe, so that forms of his name were adopted as personal names in Italian (Columbano), French (Colombain), Czech (Kollman), and Hungarian (Kálmán). From all of these surnames are derived. In Irish and English, the name of this saint is identical with diminutives of the name of the 6th-century missionary known in English as St. Columba ( 521–97 ), who converted the Picts to Christianity, and who was known in Scandinavian languages as Kalman.2 Irish: Anglicized form of Gaelic Ó Clumháin ‘descendant of Clumhán’, a personal name from the diminutive of clúmh ‘down’, ‘feathers’.3 English: occupational name for a burner of charcoal or a gatherer of coal, Middle English coleman, from Old English col ‘(char)coal’ + mann ‘man’.