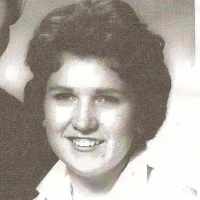 The Life of Carren

Put your face in a costume from Carren's homelands.

Caused by the tensions between the United States and the Empire of Japan, the internment of Japanese Americans caused many to be forced out of their homes and forcibly relocated into concentration camps in the western states. More than 110,000 Japanese Americans were forced into these camps in fear that some of them were spies for Japan.
1942 · The Topaz War Relocation Center

The Topaz War Relocation Center, also known as the Central The Topaz War Relocation Center was an internment camp which housed Japanese immigrants and Japanese-Americans as a result of the bombing of Pearl Harbor. President Franklin Roosevelt signed Executive Order 9066 in February 1942, ordering people of Japanese ancestry to be incarcerated in relocation centers, like Topaz, during World War II. The camp was opened in September 1942 and closed in October 1945. In 1983, Jane Beckworth founded the Topaz Museum Board, and in 2014, a museum was erected in Delta showcasing artworks created at Topaz. The museum became a U.S. National Historic Landmark in 2007.
1960