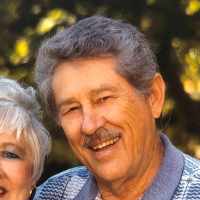 The Life of Ray Merwin

Put your face in a costume from Ray Merwin's homelands.

The History of Louise Braegger Holdaway Written by her daughter, Vesta Holdaway Frost

The History of Louise Braegger Holdaway Written by her daughter, Mrs. Vesta Holdaway Frost On 8 January 1876, a baby girl was born to Abraham and Salome Brunner Braegger in Wattwil, St. Gallen, Swit …