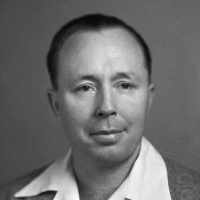 The Life of Eldon Spencer

Put your face in a costume from Eldon Spencer's homelands.

President Warren G. Harding's visited Utah as part of a broader tour of the western United States designed to bring him closer to the people and their conditions. After Speaking at Liberty Park, the president went to the Hotel Utah where he met with President Heber J. Grant and talked to him about the history of the church.
1938 · Murray Theater Opens

Murray Theater opened on October 28, 1938, and was built by Tony Duvall. The opening shows were Alexander's Ragtime Band and Hawaiian Holiday. The white front of the theater was lit by fluorescent lighting with a red vertical sign. The theater also screened blockbuster Hollywood movies such as Gone with the Wind and The Wizard of Oz.