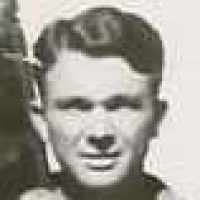 The Life of Jesse Crandel

When Jesse Crandel Jones was born on 11 August 1921, in Almo, Cassia, Idaho, United States, his father, Jesse David Jones, was 33 and his mother, Florence Eames, was 32. He married Ellen Peggy Horner. He died on 23 December 1989, in Deschutes, Oregon, United States, at the age of 68.

Put your face in a costume from Jesse Crandel's homelands.