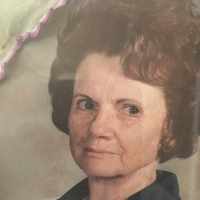 The Life of Verla Emma

Put your face in a costume from Verla Emma's homelands.

To end World War I, President Wilson created a list of principles to be used as negotiations for peace among the nations. Known as The Fourteen Points, the principles were outlined in a speech on war aimed toward the idea of peace but most of the Allied forces were skeptical of this Wilsonian idealism.
1925 · Lorenzo E. Hansen Elected Mayor

Lorenzo E. Hansen was elected as mayor in 1925 and served five consecutive terms. As mayor, Hansen placed permanent garbage cans at prominent places and organized special projects to provide work for those affected by the Great Depression. Their pay was in the form of regulated orders filled by local merchants. Items such as gum, candy, cigarettes, and liquor were prohibited through this program.
1941