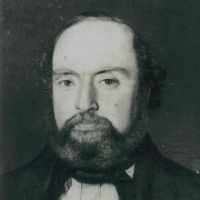 English (of Norman origin): occupational name for a farm bailiff, responsible for overseeing the collection of rent in kind into the barns and storehouses of the lord of the manor. This official had the Anglo-Norman French title grainger, Old French grangier, from Late Latin granicarius, a derivative of granica ‘granary’ (see Grange ).French: from Old French grangier (see 1 above), an occupational name for an owner of a granary or a status name for a tenant farmer, a sharecropper.