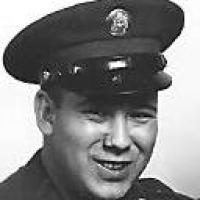 The Life of Dempsey

Put your face in a costume from Dempsey's homelands.

English: habitational name, possibly from Bramham in West Yorkshire or Brantham in Suffolk. The first is named with Old English brōm ‘broom’ + hām ‘homestead’ or hamm ‘river meadow’; the second is from the Old English personal name Branta + hām or hamm.

On February 14, 1930 Mama's Valentine and the last of Dad's "five mistakes," as he affectionately called his girls, was born. Dad wanted her named Edith Mae. She became Edie and Petey to the family. …