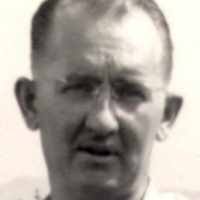 The Life of Carl Douglas

Put your face in a costume from Carl Douglas's homelands.

Eastern German: variant of Gust 2, or perhaps a pet form of Gust 1.

From Willard Earl Gutke's personal history, from interviews in 1978, 1981, and 1984 with his sister Norma May Gutke Ellis. "Dad (Carl Frederick Gutke) put us on the train: Mother (Laura May Jones G …