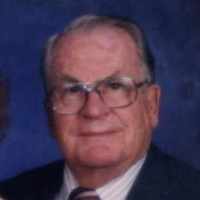 The Life of Page Reid

Put your face in a costume from Page Reid's homelands.

The Posey War was to be considered the final Indian War in American history. It was a minor conflict, but it involved a mass exodus of Ute and Paiute from their land around current day Bluff, Utah. The natives were led by a chief named Posey, hence the name, who took his people into the mountains to try and escape his pursuers. The war ended after a skirmish at Comb Ridge. Posey was badly wounded, and his band was taken to a prisoner-of-war camp in Blanding. When Posey's death was confirmed by the authorities, the prisoners were released and given land allotments to farm and raise livestock.
1934 · Alcatraz Island Becomes Federal Penitentiary

Alcatraz Island officially became Alcatraz Federal Penitentiary on August 11, 1934. The island is situated in the middle of frigid water and strong currents of the San Francisco Bay, which deemed it virtually inescapable. Alcatraz became known as the toughest prison in America and was seen as a “last resort prison.” Therefore, Alcatraz housed some of America’s most notorious prisoners such as Al Capone and Robert Franklin Stroud. Due to the exorbitant cost of running the prison, and the deterioration of the buildings due to salt spray, Alcatraz Island closed as a penitentiary on March 21, 1963.
1942 · The Topaz War Relocation Center

Irish: variant of Perry , taken to Ireland at the time of the Plantation of Ulster and in the Cromwellian period.