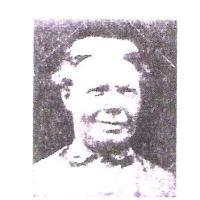 The Life Summary of Elizabeth Sarah

Put your face in a costume from Elizabeth Sarah's homelands.

German: nickname meaning ‘the foolish one’, from a noun derivative of Middle High German tump ‘simple’ (see Dumm ).German (Dümmer): perhaps a topographic name from a lake near Oldenburg in Lower Saxony.English: habitational name usually from Dummer in Hampshire, Old English dūn ‘hill’ + mere ‘pond or lake’, or occasionally perhaps from Dimmer, near Castle Cary in Somerset, recorded in 1241 as Dunmere. The villages of Pendomer and Chilthorne Domer in Somerset are so named because their manors were held by members of the Dummer family in the medieval period.

We crossed the plains in Captain Seadsey’s Company, arriving in Salt Lake in 1867. We lived there some time when Brigham Young called us to settle the Muddy country (St. Thomas, Utah). So in 1869 …