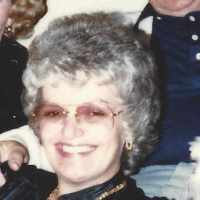 The Life of Shirley Ramona

When Shirley Ramona Anderson was born on 20 August 1928, in High River, Calgary, Alberta, Canada, her father, Ernest Leroy Anderson, was 27 and her mother, Juanita Rose Platt, was 22. She married Calvin Arthur Reber on 13 November 1946, in Cardston, Alberta, Canada. They were the parents of at least 1 daughter. She died on 7 January 2006, in Clermont, Ohio, United States, at the age of 77.

Put your face in a costume from Shirley Ramona's homelands.