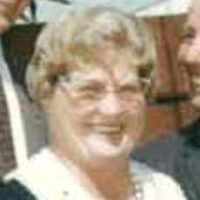 Bryce Canyon, being named after Ebenezer Bryce, was designated first as the national monument by President Warren G. Harding in 1923 but was re-designated as a national park in 1928 by Congress.
1938 · The Carnegie Library in Panguitch

The Panguitch Carnegie Library was opened as a one-story rectangular brick building. It was designed in no particular style, but the entrance gives it a slightly classical flavor. It is part of the National Register of Historic Places in Panguitch.

English (northern): occupational name from Middle English prok(e)tour ‘steward’ (reduced from Old French procurateour, Latin procurator ‘agent’, from procurare ‘to manage’). The term was used most commonly of an attorney in a spiritual court, but also of other officials such as collectors of taxes and agents licensed to collect alms on behalf of lepers and enclosed orders of monks.