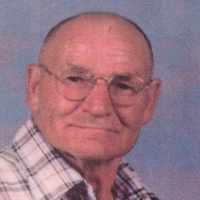 The Life of James Ezra

When James Ezra Denny was born on 22 March 1913, in Jamesport, Daviess, Missouri, United States, his father, Ira Denny, was 25 and his mother, Rose Elizabeth Shultz, was 24. He married Emma Fern Warren on 30 July 1938, in Billings, Yellowstone, Montana, United States. He died on 18 March 1994, in Worland, Washakie, Wyoming, United States, at the age of 80.

Put your face in a costume from James Ezra's homelands.

Jeannette Pickering Rankin became the first woman to hold a federal office position in the House of Representatives, and remains the only woman elected to Congress by Montana.
1920

Women got to vote first time in the state of Wyoming.
1935 · The FBI is Established