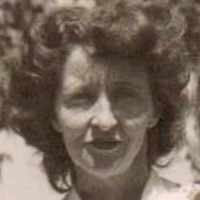 The Life of Madge

Put your face in a costume from Madge's homelands.

Jeannette Pickering Rankin became the first woman to hold a federal office position in the House of Representatives, and remains the only woman elected to Congress by Montana.
1921 · Madison District Library

Opened in 1921, Madison Library District has been a community staple. Madison Library has been known to receive over 35,000 patrons per year, which is impressive considering the size of the community.
1935 · The FBI is Established

French (Sévère): from the personal name Sévère, Latin Severus, meaning ‘harsh, austere’. Severus was the name of several Roman Emperors, including Alexander Severus (died 235), born in Syria, who was noted for his virtuous and studious character and his tolerance towards Christians. The personal name enjoyed some popularity among early Christians.