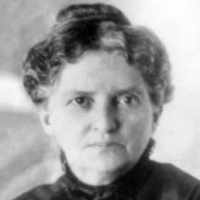 When Elizabeth Morris was born on 30 July 1856, in Dukinfield, Cheshire, England, United Kingdom, her father, William Morris, was 35 and her mother, Sarah Jane Durham, was 31. She married Cornelius Isaac Decker on 28 June 1875, in Salt Lake City, Salt Lake, Utah, United States. They were the parents of at least 7 sons and 3 daughters. She immigrated to Utah Territory, United States in 1862 and lived in Lancashire, England, United Kingdom in 1861 and Parowan, Iron, Utah Territory, United States in 1870. She died on 9 June 1939, in Sanford, Conejos, Colorado, United States, at the age of 82, and was buried in Sanford, Conejos, Colorado, United States.

The Lancashire Rifle Volunteers started in the eighteenth century. Those that fought in the militia were selected by ballot. They were formed because of threat due to the Revolutionary War and the Napoleonic War.
1863