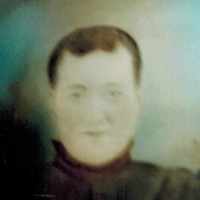 The Life of Nancy Safronia

Put your face in a costume from Nancy Safronia's homelands.

On Aug 1, 1876, The United States Congress passed an act making the Territory of Colorado the 38th state.
1878 · Yellow Fever Epidemic

When a man that had escaped a quarantined steamboat with yellow fever went to a restaurant he infected Kate Bionda the owner. This was the start of the yellow fever epidemic in Memphis, Tennessee. By the end of the epidemic 5,200 of the residence would die.
1882 · The Big One

On Nov 7 1882, Denver was hit with a 6.6 magnitude earthquake. It was the largest earthquake to hit in the history of Colorado.

English and Irish: topographic name for someone who lived by a fen or marsh, Old English fenn. Compare Fann .