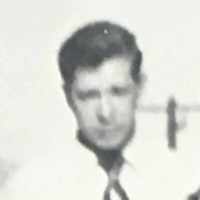 The Life of Russell Harry

Put your face in a costume from Russell Harry's homelands.

South German:1. occupational name for a maker or seller of beakers or mugs, from an agent derivative of Middle High German stouf ‘beaker’, ‘stoup’. 2. habitational name for someone from any of the various minor places named with this word, for example Stauf, Staufen; the reference is to hills thought to resemble a beaker in shape.