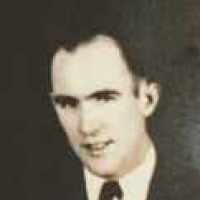 The Life of Glen

Put your face in a costume from Glen's homelands.

Jeannette Pickering Rankin became the first woman to hold a federal office position in the House of Representatives, and remains the only woman elected to Congress by Montana.
1916 · Parcel Post Bank Constructed

"The Bank of Vernal is constructed in 1916, using bricks from Salt Lake City. Later on the bank of Vernal is known as the """"Parcel Post Bank"""" because the bricks used in constructing the building are mailed to Vernal because it is the cheapest method at the time."
1935 · The FBI is Established