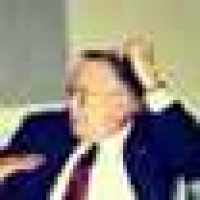 The Life of Robert B

Put your face in a costume from Robert B's homelands.

The Neutrality Acts were passed in response to the growing conflicts in Europe and Asia during the time leading up to World War II. The primary purpose was so the US wouldn't engage in any more foreign conflicts. Most of the Acts were repealed in 1941 when the Japanese attacked Pearl Harbor.
1953 · The Better Community Council is Organized to Fight Discrimination

The Better Community Council was organized in May 1953 to fight against racial discrimination. The council was involved in speaking out about injustices such as segregated bathrooms, public swimming pools, and public restaurants. The council also lobbied local businesses to sign non-discrimination policies.
1955 · The Civil Rights Movement Begins