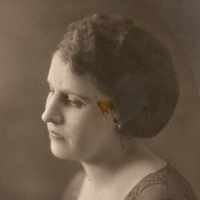 The Life of Irene Elizabeth

Put your face in a costume from Irene Elizabeth's homelands.

The Logan Temple Barn was built on the edge of the Logan temple property to house the animals belonging to the builders of the temple. It was one of only two stone barns built in Cache Valley. These barns became obsolete during the rise of the automobile era. The building and the land it was on was sold in 1919 and became an automobile repair shop. It was placed on the National Register of Historic Places on December 19, 1985, and is still standing today.
1916 · The First woman elected into the US Congress

Samuel Burgess the son of James Burgess and Isabella Lambert was born 20 November 1868 in Keokuk, Lee, Iowa. He was baptized a member of the Church of Jesus Christ of Latter-day-Saint 21 of September …