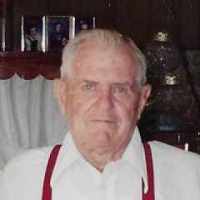 The Life of Milo Farnsworth

When Milo Farnsworth Kartchner was born on 27 September 1913, in Blanding, San Juan, Utah, United States, his father, John Howard Kartchner, was 33 and his mother, Ida Belle Farnsworth, was 33. He married Matilda Pulliam on 3 May 1949, in Nuevo Casas Grandes, Chihuahua, Mexico. He died on 17 January 2009, in Overgaard, Navajo, Arizona, United States, at the age of 95, and was buried in Heber, Apache, Arizona Territory, United States.

Put your face in a costume from Milo Farnsworth's homelands.

United States troops land at Veracruz. Huerta defeated and forced into exile.
1916 · The First woman elected into the US Congress